Neil’s TR1 are Autumn League Champions after taking out TR3 12-4 in the final match of the league. All four rubbers were keenly contested with very little in the way of seasonal generosity being shown. It is well known that with a virtually unbeatable #1 you’re almost guaranteed the bonus points. Louis remains the top #1 based in the county with only a single loss to six times county champ and Bristol based Jared who turned out for his brother’s team recently. Congratulations to TR1 for the achievement and a huge thank you to all our clubs and players for making the Phoenix Season’s Autumn League happen. Merry Christmas all! 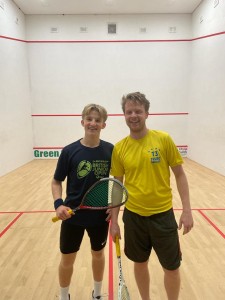