GREAT NEWS – WE HAVE A BRITISH OPEN RACKETBALL CHAMPION…..and he’s a Pirate! And to win the highly prestigious title against all comers he had to overcome his ex-Pirate team mate and no 1 seed Mike Philips, now of Chichester Club. Chris came back from the brink to claim the title in what was by all accounts a gruelling match. Go to the Racketball UK site to find out more! 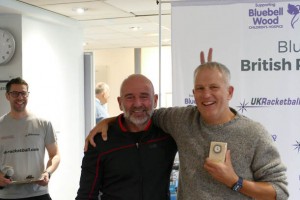 Chris to the left 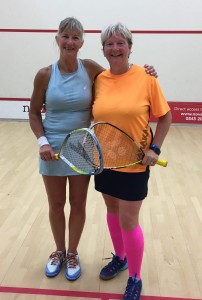 Our Shuv, in those pink socks, at the NATIONAL RACKETBALL CHAMPS in Birmingham July 6/7 2019. Others entered: Terry Becket, Nigel Bell and Pete Eddy (ex-Pirate Mike Phillips also played). Shuv reached the O50 & O55 finals but came 2nd, Nigel and Pete got knocked out in the 2nd round whilst Terry won the O70 Plate. Mike won the O60 competition without dropping a game….

More available on the home page… 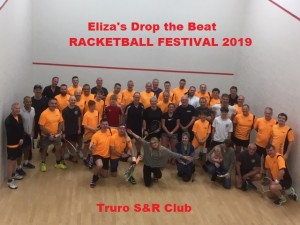 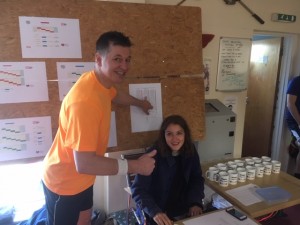 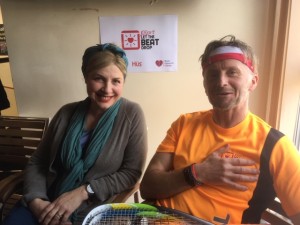 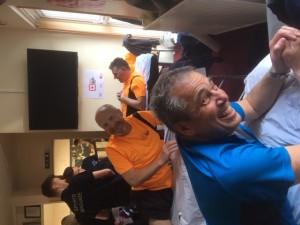 Truro S&R buzzed all day from 9am til late with the sound of racketballs hitting the walls on all three crts. Pete Ellicock organised a brilliant festival, only our 2nd, with 50+ entrants, and all in aid of Eliza’s charity at Papworth Hospital, Cambridgeshire where she recently underwent an important operation. Over £700 was raised for this amazingly needy cause.

Players who rose to the top of their categories were:

Many thanks to Pete for organising the event, to his daughter Marie who flew back especially from her far east tour to help out, to Kerry at the bar and to all the sponsors and those little helpers who made it possible.

Thanks to Chairman Dave Smith and the Truro Club for hosting the event yet again.

A special mention for your truly, loser and little helpers and webmaster supremo!

FALMOUTH DOUBLES INVITATIONAL: A great day was had be all at The Falmouth Club in the inaugural County Doubles event in this hugely popular off-shoot of the main game squash. The Main Man again was Mark Newts who since his return to these fine shores has had a huge impact on racketball in the county. Six pairs did battle in a round robin with Truro pairing Tony Bowyer and Pete Ellicock coming out top of the pile with five straight 2-0 wins though the RU home club pairing of National O45 Champ Shuv Garland and the ever-green and super fit Roger Green gave them a lot to think about especially having game ball in the second! In all, it was a great atmosphere at the famous club which was promptly followed up by the final day of the 6 Nations Rugby on the wide screen at the bar but the less said about that the better….NEXT YEAR: WATCH THIS SPACE! 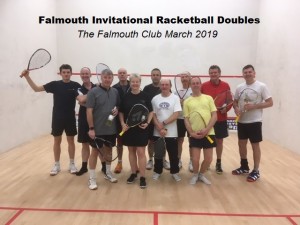 Thanks Mark, The Falmouth Club Committee and all who supported the event. 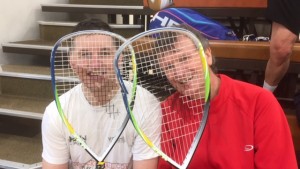 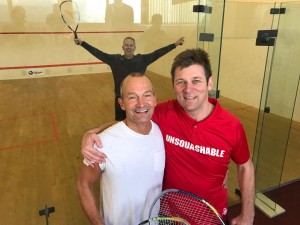 RACKETBALL (or SQUASH 57) is on the increase and popular at Falmouth, Truro and Penzance.

If you want to get involved contact one of these clubs – under the CLUBS TAB.

Falmouth in particular has a thriving racketball scene thanks to the enthusiasm and charm of their coach, Shuv Garland….. 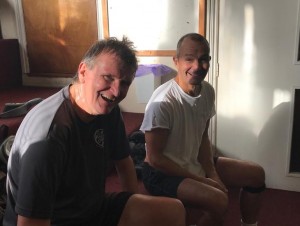 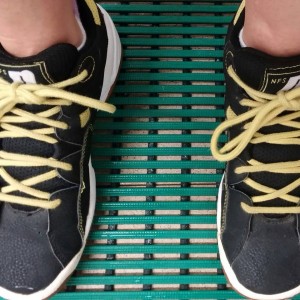 The Cornwall 2014 Racketball Team, in their first outing at this level, came away as unexpected winners of their group of the Inter County Racketball National Championship in Winchester last weekend. The team now proceed to the next stage of the competition in February against other group winners nationwide.

Racketball League (est 2012/13)  – we tried but it folded due to lack of sustained interest!

Racketball is on the increase! Can anyone match the enthusiasm of the Falmouth players?

We would like to start a friendly league with a few inter-club matches – let us know if you’re up for it!

Want to know more about the county racketball scene? 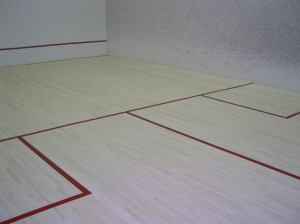