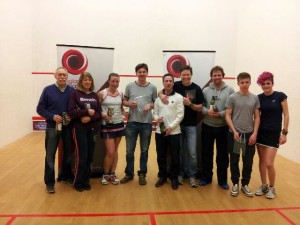 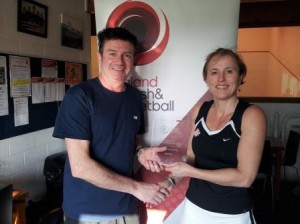 A large contingent of racketballers mainly from Truro S&RC made the trek up the A30 to The Devon & Exeter Club to compete in the increasingly popular South West Championships on 8th and 9th March 2014. Many faced nationally ranked opponents and failed even at the first hurdle, but others were more fortunate and battled on to glory. Peter Madsen (Truro) and Liz Cowley (Truro) both won their respective age group titles. This is an amazing achievement and just shows how racketball is catching on and improving rapidly in our county. Our congratulations to both of them.   Tony Bowyer