Full results and draw: search ‘www.sportyhq.com’ and then search ‘Cornwall County Squash Closed’ on the website. 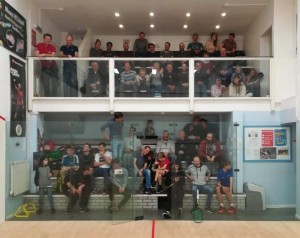 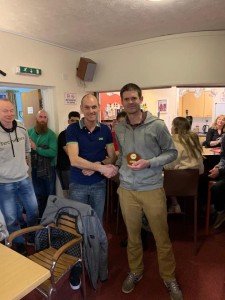 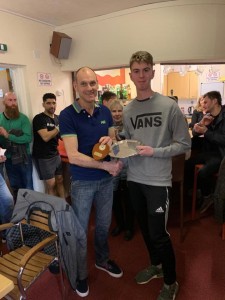 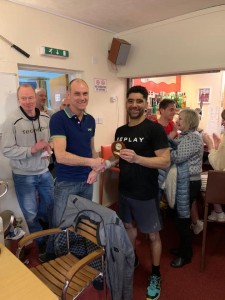 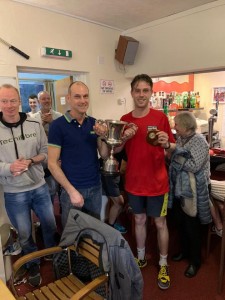 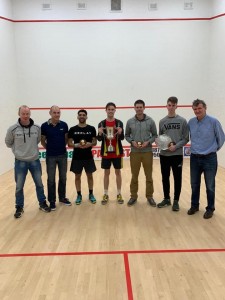 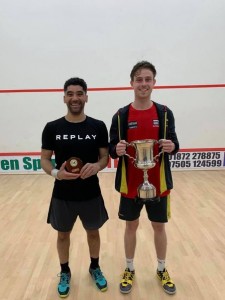 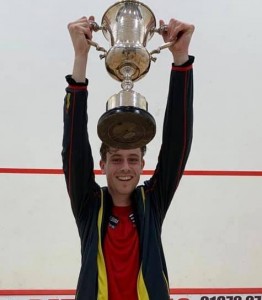 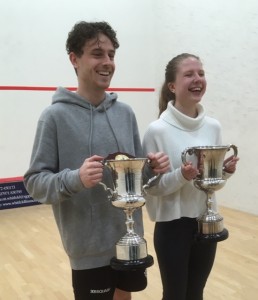 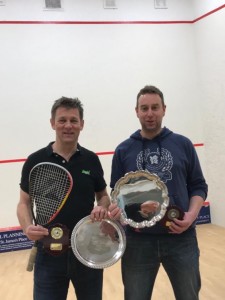 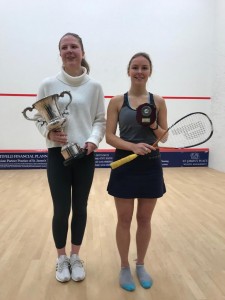 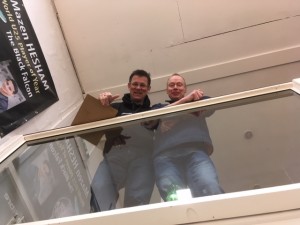 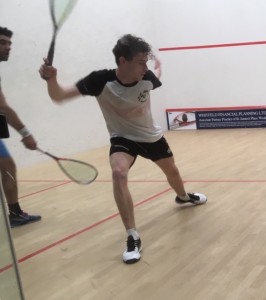 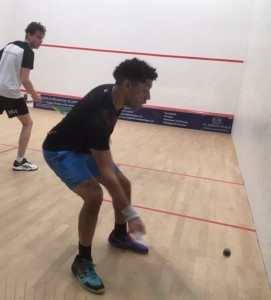 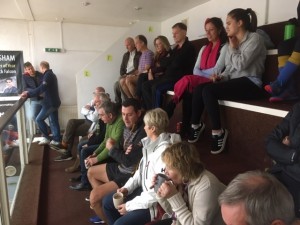 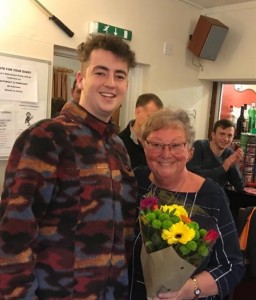 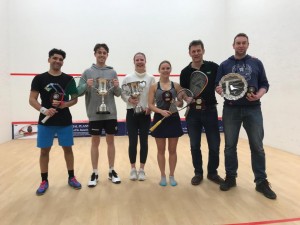 The Blue Ribbon event on this years calender was held at Truro Squash Club from January 19th -21st and featured a capacity draw of the top 32 players in the Mens, Ladies and u19 categories fighting for the 4 County titles on offer over the weekend. Our best players travelled from as far away as Leeds and Cardiff Universities to compete in the event which was superbly hosted by the Truro club culminating in a fabulous finals evening on thelast day witnessed by a packed auditorium and in a delirious atmosphere. In the u19 categories the Girls final was fought between Claire Spouse of Truro and Ellie-Mae Field of Newquay and went the entire distance with both girls having match balls before Claire pinched the title in a great match. In the boys division the young 12 year old super-talent Jack Mahon from Truro (world no15 at u13) beat Ben Angilley (Truro) 3/1 in the final with precise and clever play, always putting the ball in difficult areas and selecting the right shots when under pressure. The Ladies final was an intriguing encounter between last years winner Katrina Thomas of Falmouth and the returning Katy Brickell of Truro. These 2 ladies are a massive credit to ladies Squash in the County with lovely racket skills, quick movement and positive competitive mindsets. Katy took the title with slightly superior shot-making on the day and in so doing notched up her 3rd County win at the age of only 20! The final match of the event was the Mens final between defending championJared London (Truro) and former winner Rory Brickell (Truro). This match was fought at a fast and furious pace with long and searching rallies, constantly attacking, defending and countering each other in all areas of the court. Jared eventually took the top honours with a close 4 set victory and in so doing claimed his 4th County title, just one behind the modern era record. Two more highly prestigious awards were awarded at the event with Ben Mcdonald (semi finalist) taking the Mackie trophy for most improved player and Brian Goodman awarded the Gimson trophy for his lifetime of service to the sport of Squash! A very special thank you goes to Linda Brickell for organising the championships, Dave Smith and the Truro committee for providing the club facilities and the exceptional Clare who flew back from Tenerife to run the bar and restaurant!

The sport of Squash is thriving in Cornwall with successful junior programmes at Truro, Falmouth and Newquay as well as Truro school. We have Nationally ranked top 10 players in Jack Mahon and Louis Murray at u13 level and Jared London who has only recently left the u19 category. Phil Tomas, Neil Counter Tim Smith and Jack Halford compete full time on the masters circuit and are Nationally ranked in their age groups and every season 2 of the top professional players in the world hold an exhibition at Truro attracting capacity crowds, BBC radio and live TV coverage! 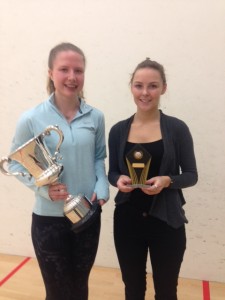 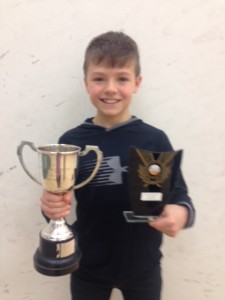 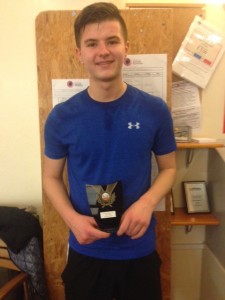 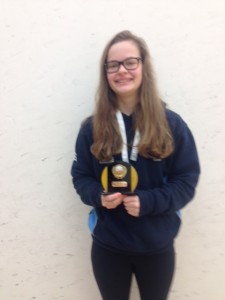