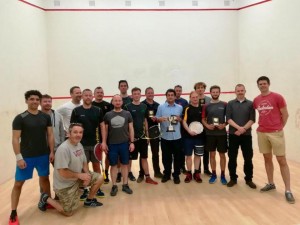 ‘SUPER DUPER SATURDAY’ was played at the Falmouth Club on May 11th. This superbly organised event saw Newquay triumph over Falmouth (5-0) in the Pawle Cup and Bodmin Dragons doing the same against Bude in the Hine Plate (3-2). This is the first time in over ten years that Truro S&RC has not featured in the finals – beaten 3-2 in the semi by the all-conquering Newquay Seasiders. The event doubled as an end-of-season social bash with camping  on the lawn and a good evening of letting the hair down! Huw acted as the m/c for the hosts and a very fine job of it he did! Thanks from CCSRA!

This is our INTER-CLUB KNOCK-OUT COMPETITION played in the final month of the season, always April or early May, with our season’s climax known as SUPER SATURDAY usually played early/mid May and usually at Truro SRC which has 3 crts. The 2019 Finals will be hosted at Falmouth for the first time, however. The DRAW is made in MARCH…..

Following the success of last year (Winners Truro & Bodmin) here is the draw for our inter-club county knock outs. The ‘every game/point counts system’ worked really well for us with just 6 clubs and three ties. This made it more challenging and increased involvement. Every match and every player will need to do the maximum. A player who loses 3-0 may just become the hero on the night for getting those all-important qualifying points. Matches A,B,C are to be played in April with the two SEMIS before SUPER SATURDAY.FULL RESULTS – all points & games scores MUST BE SENT BY EMAIL TO ME AS  DETERMINE WHETHER YOU STAY IN OR GET KNOCKED OUT. This will allow all six clubs to play in the first round. I have seeded the clubs according to league positions 20th March.

Round 1 – matches to be played before Tuesday 30th April or thereabouts!

HOW IT WILL WORK:

The HIGHEST SCORING LOSER from the three matches will proceed to the HINE PLATE FINAL (11TH MAY 2PM @ FALMOUTH); the two other losers will then play a SEMI-FINAL for the other place in the final. I will ‘toss a coin’ to work out who plays at home.

The same will happen for the PAWLE CUP: the top scoring team will proceed to the final and the two WINNING BUT LOWER SCORING CLUBS will play a semi-final by Friday 10th May.

I hope it all makes sense. By doing this every player is motivated to score as many points/win games as possible. It’s all based on merit even the seedings (league positions 20th March). The alternative of top two seeds with byes to semis and bottom four playing first round with two losers going into the Hine Final does have its obvious problems (better to lose than win!).

Rules: Teams to consist of 5 players but, if both captains agree, 4 players only for the earlier rounds is acceptable if availability is difficult. Clubs reaching the finals on SUPER SATURDAY 11/5 @ FAL should field 5 players from their squads to make it more of a spectacle.

Players must be registered and have played at least twice for your club. The draws are seeded – your seed is your league position as of 20th March.

Captains to contact each other about food: home teams to provide  a meal as usual as ‘away’ teams have to travel. Drinks, however, not included – buy your own or otherwise.

RESULTS EMAILED TO ME PLEASE! I will enter the head-to-head results on Squash Levels. 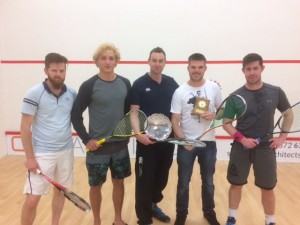 Some achived articles and pics….. 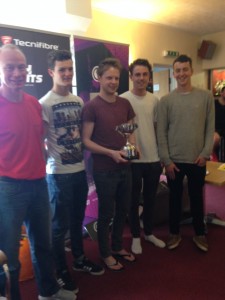 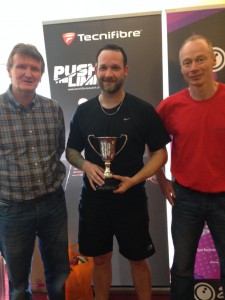 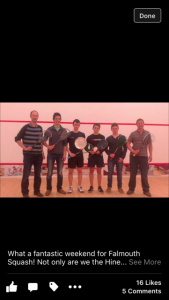