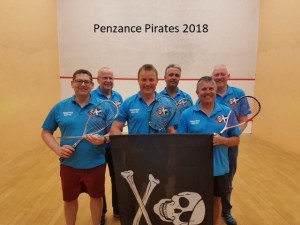 SAD NEWS! Woodsy retires from team squash after over 40 consecutive years – our longest (lasting!) serving player. It was a case of ‘dodgy knees’ and a strict telling off by the medics! Well done Woodsy – Racketball next?